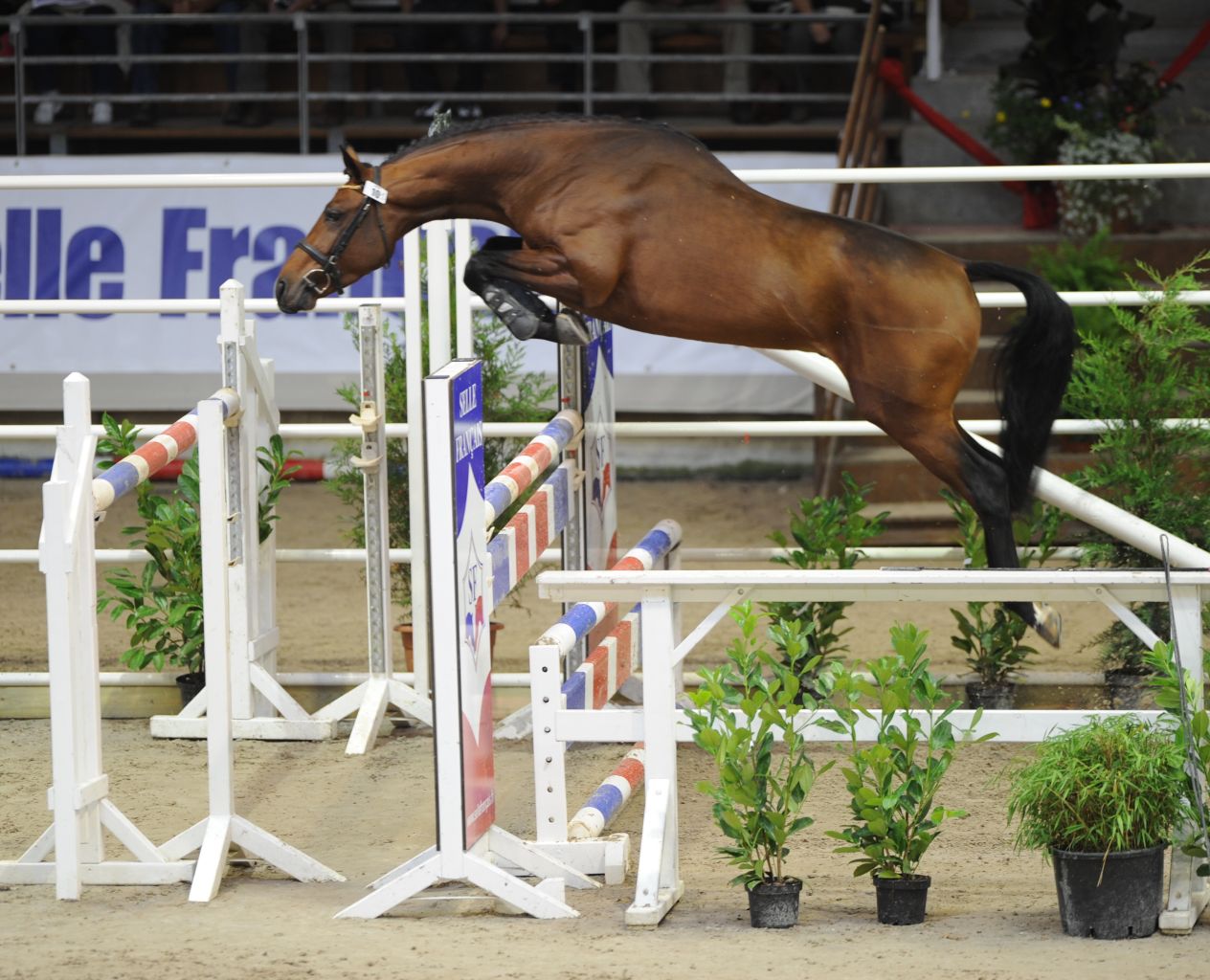 The Selle Français is the ultimate modern sport horse.

It is adapted for high-level sports (2 gold medals at the London Olympics, in Show Jumping and Eventing; 2013 European Champion in Show-Jumping), as well as for any rider, whatever their sports aim or level might be.

The main objective of the SF Stud-Book Selection programme consists in developing and enhancing these qualities, so as to produce a modern sport horse adapted to any rider.

Here is an overview of the Selle Français Selection and Breeding Programme. It is structured around 3 main sections :

SELECTION AND LICENSING OF YOUNG 2 AND 3 YEAR-OLD MALES

Around 300 young 2 year-old males are assessed each year during the Spring qualifiers; around 80 are selected for the Stallion Licensing Show which takes place every Autumn in Saint-Lô (Normandy); 10 to 20% are licensed at the end of these finals. Their licensing is confirmed the following year if they are amongst the winners of the Stallion Show at 3 year-old.

The selection is completed by a 10 day Testing session which aims to assess in more details and in identical conditions the quality of all licensed stallions.

In addition to sports aptitudes, the value of the maternal lineage is taken into account, i.e. sports performances of the dams and their offspring, going back to 5th generation. This counts as a bonus. 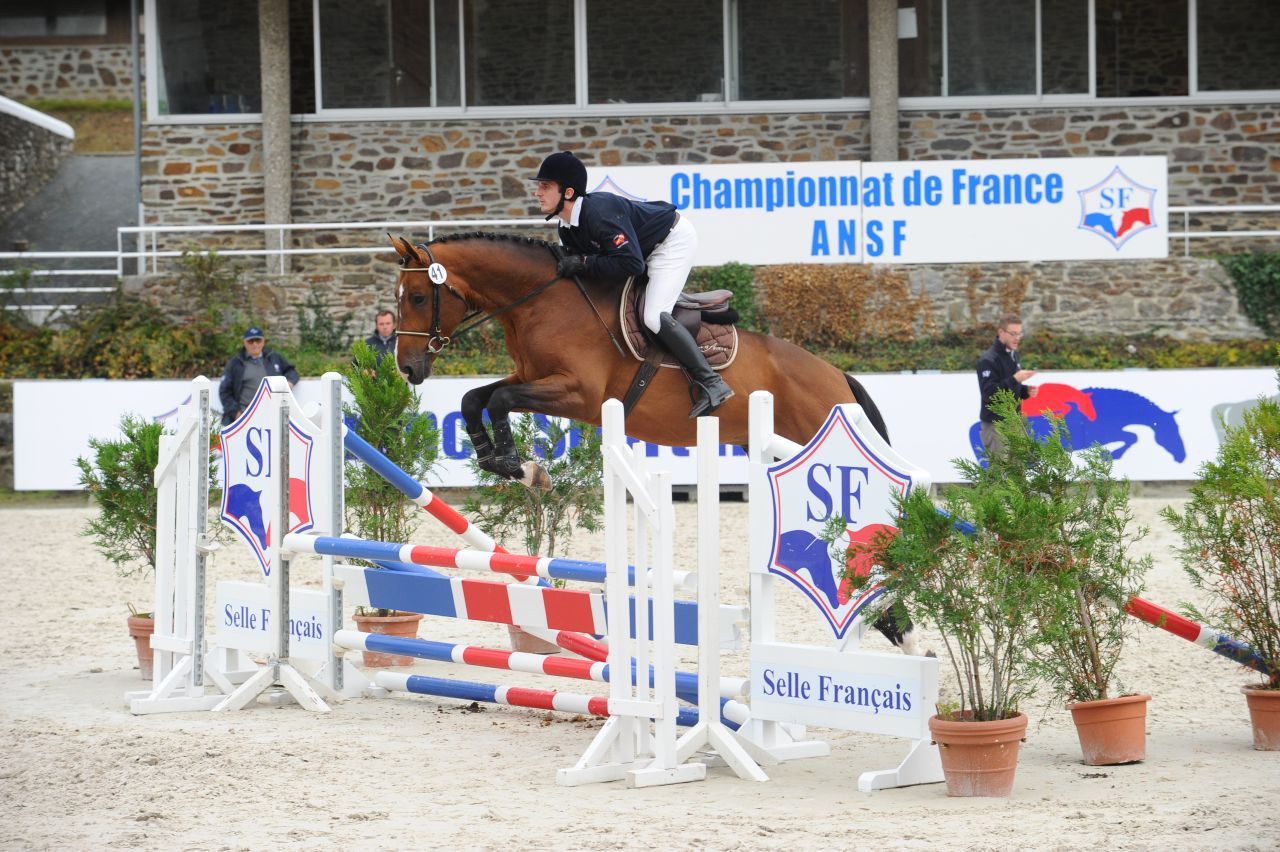 The licensing can be requested for older stallions which proved their reproductive value (mostly stallions registered in other stud-books); especially if they have at least 2 offspring ranked in the first 2 000 of the world ranking.

In any case, the Selle Français Stud-Book Committee is the one deciding on the licensing of a stallion following the assessment done by the Licensing Committee. This committee is made up of the stud-book’s national judges with the help of a few experts according to the discipline.

Foal competitions and the characterization of broodmares take place throughout France. This circuit is divided in 3 levels: local, regional and national, and highlights the best broodmares in the stud-book. It culminates with the Foal National Championships in Saint-Lô (Normandy), the cradle of the breed.

. A supporting budget rewards the broodmares that produced the best foals of the year.

. A specific programme named Prime d’Aptitude à la Compétition Equestre (PACE) brings support to broodmares that are themselves good performers, that produce performers and that come from a pedigree boasting numerous performers. Since 2012, young broodmares from 3 to 7 years old from confirmed pedigrees can beneficiate from this supporting programme.

The best broodmares will be enhanced by a quality-label programme which is currently  under construction. Its objective is to allow a better visualization of the mares’ qualities. Broodmares will be  able to benefit from 4 labels :

Young 3 year-old horses (fillies and geldings) that are destined to sports are selected and evaluated according to specific criteria : Conformation – Gaits – Jumping Abilities (free and under saddle).

The national circuit is organized based on 3 levels:

- the local competition, which aims to characterize and classify as many horses as possible

- the regional competition, which qualifies the best 3 year-olds for the final

- the National Championship, which gathers the best 100  of their generation in jumping/eventing and dressage

2 000 horses are assessed each year, which allows us to create a database offering a wealth of information on characterization of the SF production of a generation.